“My father, Bob, bought this Card Connection territory way back in 2006,” smiles a nostalgic Simon Parker. 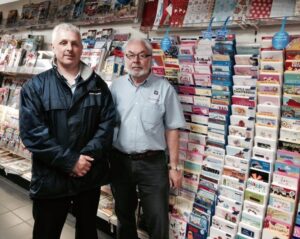 They ran the area as a family affair until 2014, when Simon took over the reins, deciding to keep things in the family, Simon had been running a Post Office which he closed last year.
He immediately looked to make changes within the business making it more efficient and allowing for all store merchandising calls to be completed over less days. With extra time on his hands and the potential of increasing overall profits, Simon expanded the Shrewsbury territory to include the neighbouring Stoke-on-Trent franchise.
Simon now runs his larger territory on his own. “It’s been hectic since taking on the additional territory, getting to grips with new customers and learning the most efficient routes to stores. Then you add that I was doing this over our Christmas season and making sure both old and new customers were serviced properly was a tall order. 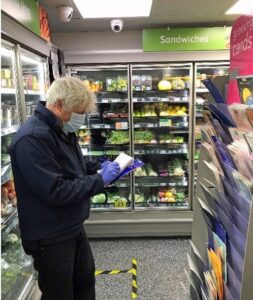 Since the start of 2020, other challenges can thick and fast. “We had those floods, meaning I couldn’t I couldn’t get to some customers, or had to take time-consuming detours. Then Covid-19 knocked me for six, as initially merchandising was on hold. However, I quickly put safety protocols in place and with PPE and once the lock-down was lifted, I was able to trade safely again.”
Simon’s stock picker was then the next big blow, first due to her shielding, and then finally when she decided simply to bring forward her retirement.
“This could have put me in a very difficult position, but I decided to take this as an opportunity to add extra efficiencies to the business. I invested in bigger van, meaning I could work directly out of it, almost like a mini stock room that allowed to pick on-site. Operating without having to find new picking staff may not be the long-term solution, but it’s vastly reduced my overheads.” 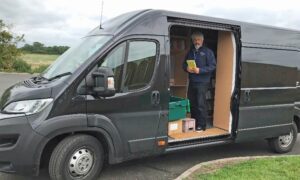 Card Connection have been amazing, they have supported me all the way, including rolling up their sleeves to help me merchandise my stores, which has been a great help and really taken some of the pressure off.”
So can Simon finally see light at the end of his ‘annus horribilis?’
“Sales are booming, almost 17% recently! There are some strong new business prospects, with two new national account gains from Card Connection directly benefiting my area. I can see that the hours I am putting in will settle down, and overall my profits have greatly increased which was a large part of the reasoning to expand. So, it’s looking like it was the right business decision, making it all totally worthwhile!”