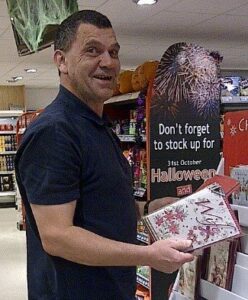 2020 will go down in history for how Covid-19 created hardship for people all over the world.
In adversity, many found a new inner strength to affect big changes in their own lives and in their communities, none more so than the nation’s favourite, Sir Tom Moore. 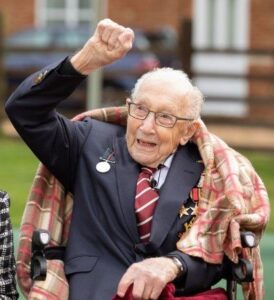 He raised millions and inspired us with his quote, “For all those finding it difficult, the sun will shine on you again and the clouds will go away. Tomorrow will be a Better Day”
At Card Connection we have all been inspired by Graeme Ewing who has overcome his own adversity of serious illness, the theft of two vans which contained stock he requires to operate his business and then having to stop work due to the pandemic.
When it was safe and following all the Government guidance, Graeme showed great courage, perseverance and planning as he rolled up his sleeves, bought another larger van and followed his goals to build up his business.
Rather than targeting lots of new customers, Graeme researched and spoke to key retailers over many months, showing them:
• Card Connection’s fantastic range of greeting cards, gift wrap and gift & bottle bags
• Sharing impressive examples of displays in stores he already supplied
• Explaining how he would regularly merchandise their displays, introducing new designs on every visit
• Agreed to supply new fixtures so the fantastic range is best displayed in their store
• Explained that he would also supply Christmas and Spring Seasons cards and only charge them for the stock they sold.
His plan worked, as retailers quickly saw the benefit of trusting their displays to Graeme and he picked up several quality new accounts.
He’s noted from his existing customers that more customers were shopping in their local store, rather than venturing into card shops on the High Street. He quickly adapted his displays to cater for the new demand for higher price points as consumers wanted to spend more on those very special cards.
As the icing on the cake, Card Connection Sales team have won several new store groups and Graeme benefitted from many being situated within his exclusive franchise territory.
All this has propelled Graeme’s business forward.
In the last three months the rapid increases in sales has led him to overtake Card Connection’s Glasgow Franchisee as the biggest growing franchisee in the network.
Graeme has proved in his own way Sir Tom’s inspiring belief in the future and that: “Tomorrow will be a Better Day.”